Chick-Fil-A: Enlightenment or the Bottom Dollar? Chick-fil-A CEO backs off of his rather stark view of marriage to encompass a more equitable approach of Christian tolerance.  Well, at least that was the jest of his statement although he never quite comes out and admits to any wrong except to say…

“I pray God’s mercy on our generation that has such a prideful, arrogant attitude to think that we have the audacity to define what marriage is about.” -Chick-Fil-A president Dan Cathy

Personally, I would hope that it’s enlightenment but after reading his statement I’m more inclined to admit it leaves a little leeway from an interpretation standpoint.  Was it a mindful statement or something more in line with protecting the bottom dollar.  Only time will tell.  Also, while we’re at it, just think about all those high caloric saturated fats, carbohydrates, and sodium we may be missing out on. To find out some of the pros and cons to consider when making that trip to Chick-Fil-A, click on the following link provided by About.com calorie counter. The sodium content alone is an eye-popper.  Be Smart, Stay Sharp and Buy for the Heart! 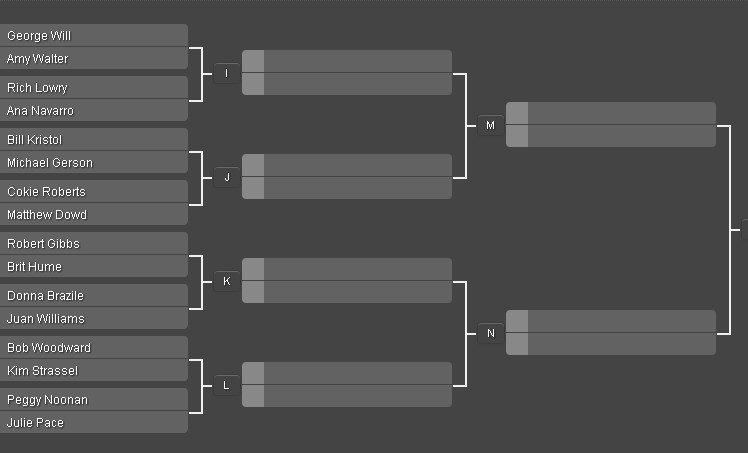 PunditFact, a division of PolitiFact.com, is hosting a new PunditFact Madness Tournament in a head to head run-off based on viewer votes on SurveyMonkey.com.  According to the site’s intro to the bracket-style runoff, “We’re pitting 16 Sunday show pundits against each other. Voting for the first round closes 10 a.m. March 26.”  If you’re interested in participating, run on over to https://www.surveymonkey.com/s/VQLP83N

#1 BTW: A Little Side Finding

Talk about a home make-over, this guy did it from the ground up and came up with one of the most beautiful homes I’ve ever seen.  Truly a marvel to look at and read about.  Follow the link to Higher Perspective’s website and take a look.  I’m sure you’ll be highly impressed.

#2 BTW: A Millionaire Worth Every Bit

Although this story goes back to April of 2013, this human interest story is well worth repeating.  Harris Rosen, a self-made millionaire who grew up in a rough New York City neighborhood, decided to invest in the hopes of a rough Orlando, Florida neighborhood of Tangelo Park.  Go over to the Today.com website and take a look at what this one man has done to make life a little more meaningful with a little bit of hope and the money to back it.  I only wish millionaires and billionaires ALL over would take this man’s example to heart and learn that people, not politics matter most when exercising real power and authority.  Koch brothers, I mean you too especially.  Link to the full article:  click here